The ResC-EWE project addresses main topics to make startups and SMEs resilient against distress and crises.

The ResC-EWE project main goal is to implement and deliver training to enterprises and to students at all levels, from basic skills training. Do you want to know more about the project?

The project is co-financed from the Erasmus +Programme of the European Union, within the programme Forward Looking projects. 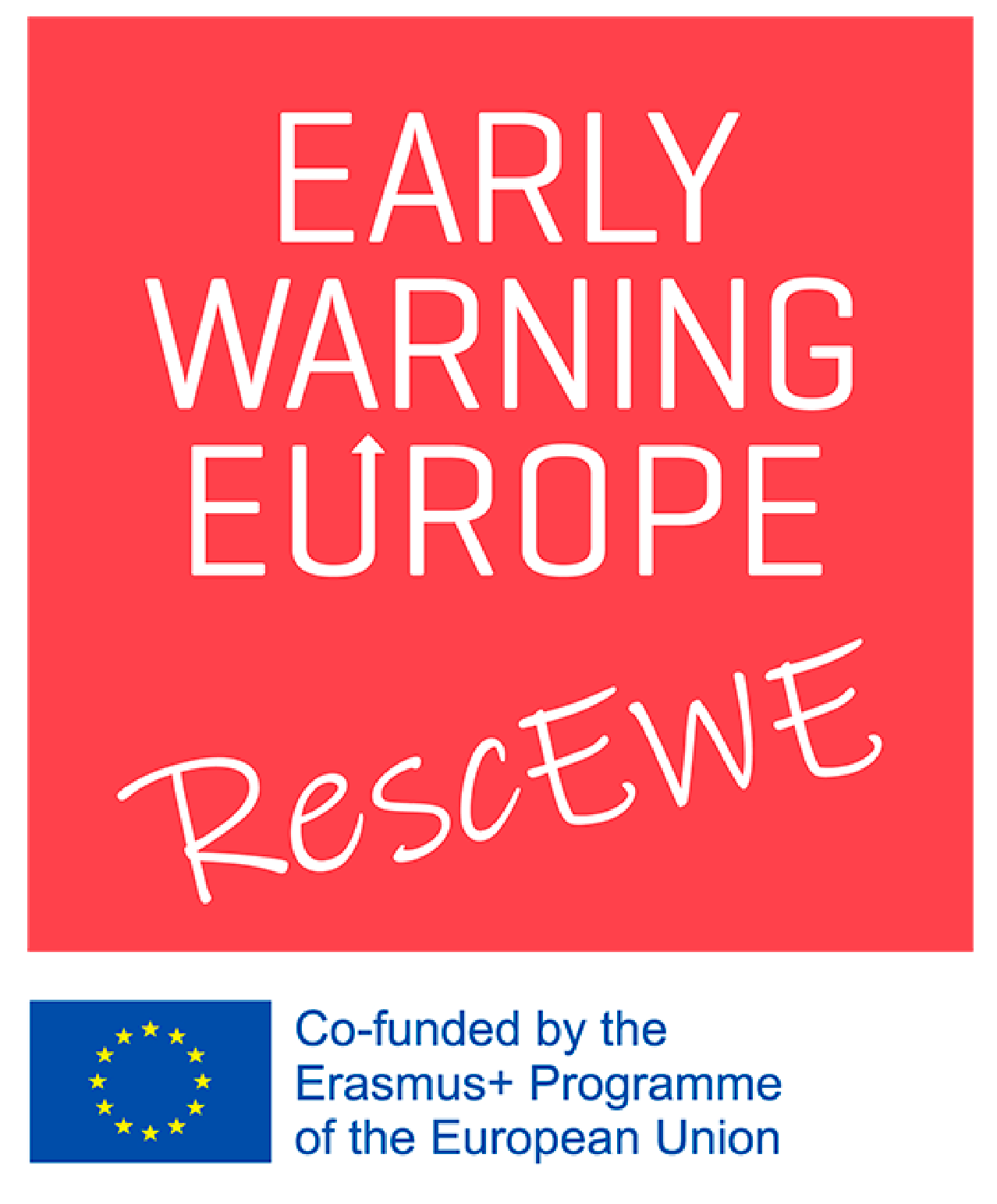 The ResC-EWE project plans to redesign entrepreneurship training and counselling in the European education and training system through changing paradigms and mindsets that failing is not a shame but can be an asset towards more sustainably growing economies. This will be achieved through the integration of risk awareness skills, key risk identification and mitigation strategies as well as knowledge to seek advice in the strong Early Warning Europe network and the wide European network of enterprise consultancies.

ResC-EWE project continues the mission of the EWE project to change mindsets in European entrepreneurship education, training, counselling, policies and in society to see failing not as a shame, but as an integral part of the life cycle of a company, i.e. something normal and possibly a necessity, as opposed to a taboo.

The work in the Early Warning Europe has demonstrated that ResC-EWE, risk prevention and early mitigation, is urgently needed in Europe to reduce the number of start-ups failing within the first years. Three of the participating countries - Spain, Poland and Greece are particularly affected by many insolvencies and bankruptcies. If the ResC-EWE interventions can reduce the failures of SMEs by only 1% in these countries within the life-time of the project, the project will already have achieved a considerable impact with great benefits for local, national and European economies and for the people involved.

The video is produced by our spanish partner Cecot.

ResC-EWE project will continue the mission of the EWE project to change mindsets in European entrepreneurship education, training, counselling, policies and in society to see failing not as a shame, but as an integral part of the life cycle of a company, i.e. something normal and possibly a necessity.

Read more about the results

Who is ResC-Ewe for?/ stakeholders

The ResC-EWE project addresses the whole area of entrepreneurship education and training in Europe, which in some countries already starts at secondary school level and is extending into college and HEI education and non-formal/informal adult education and continuous /on-the-job/WBL training.

Also, guidance and counselling services for students, unemployed people, start-ups, SMEs will benefit of the project outcomes, streamlining risk prevention and mitigation skills into all dimensions of entrepreneurship education and training in Europe.

Business resilience is the core of the ResC-EWE project. To identify the main characteristics and elements of business resilience, and which skills an entrepreneur must have to create a resilient business we have made a research. You can read the publication here: Resilience and Rescue for SMEs strengthening Early Warning Europe. Based on the needs and skills identified by this research a ResC-EWE MOOC is developed.

On the ResC-EWE MOOC learning platform you will find teaching materials, online courses and training guides on how to build resilience. The platform also offers a digital system, where mentors and educators easily can create customized online courses for training and education.

Why is ResC-EWE an innovative project?

The most ground-breaking objective and major challenge is to change mindsets in entrepreneurship, in education and training and society, recognizing the benefit of failure as a learning process and empowering "failures" to fall forwards, to start-up new companies while avoiding the mistakes of the past with clear KRIs and mitigation strategies and participating in learning networks to become more competitive and innovative.

The innovative practice will be transferred within the EWE/ResC-EWE network through emerging success stories and through pro-active communication and dissemination in local communities, in entrepreneurship education and at all policy levels.

Other novel concept in ResC-EWE is to mainstream ResC-EWE awareness and training into entrepreneurship training through the education, training and business counselling sectors in Europe. This will be achieved through the pro-active networking within Early Warning Europe. Another major innovation is constructing a European learning community for an extremely diverse target group with different challenges.

Meet the Partners of ResC-EWE